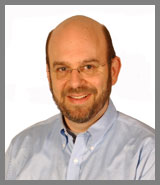 Developmental dyslexia is defined as a severe and specific difficulty in reading acquisition that is unexpected in relation to other cognitive abilities and educational circumstances. This deceptively simple definition belies the actual neurological complexity that underlies this disorder. On the positive side, however, the field of dyslexia research is fortunate to be populated by exceptional researchers that represent an amazing range of interests and backgrounds, including education, cognitive science, linguistics, neuroscience, and genetics. In the future, we hope that you will return to this web site to read brief summaries of the work of these dedicated investigators. For now, I will indulge in my prerogative as Chair of the Scientific Advisory board to summarize research that we have conducted over the past 30 years, and perhaps speculate as to where I think dyslexia research will take us in the next 30.
Our laboratory’s research interests were sparked by Dr. Albert Galaburda’s report of developmental abnormalities in the cerebral cortex of post-mortem dyslexic brains, as well as abnormalities in the thalamus and cerebellum—findings that were later confirmed using imaging of live patients. The location of these abnormalities suggested to us that they could produce difficulties in both high-level (cognitive) and low-level (perceptual) processing, and we thought that these might be amenable to investigation using animal models. While the idea of using animal models might seem to be questionable when dealing with a uniquely human disorder like dyslexia, I hope to convince you that there are a surprisingly large number of similarities between humans and rodents that enable detailed scientific investigation.
Over the years we have used mice and rats to mimic the abnormalities in the cerebral cortex where neurons are found in places where they don’t normally belong. These so-called “neuronal migration disorders” can occur spontaneously or can be induced in animals, but in either case they are associated with a wide range of behavioral and physiological problems. For example, our colleague Holly Fitch has shown that animals with these neuronal migration disorders have deficits in rapid processing of auditory information, which is something that language impaired individuals also have. We have shown that neuronal migration disorders cause profound and widespread changes in how different areas of the brain connect with one another.
In recent years, a number of candidate dyslexia susceptibility genes have been identified in the human population, and we are currently investigating the function of these genes in animals. Our colleague Joe LoTurco found that blocking the function of candidate dyslexia susceptibility genes during development in the rat disrupts neuronal migration. This exciting finding has allowed us to come full circle, as we now have a direct link from the changes in the dyslexic brain to genes that are known to confer an increased risk of dyslexia.
Looking forward, I anticipate that we will gain increased insight into developmental dyslexia by fostering cross-disciplinary work. As an example, it is tempting to speculate that understanding the specific function of candidate dyslexia susceptibility genes on behavior, anatomy, and physiology may provide unique insights into tailored remediation for dyslexia based on one’s “genetic footprint”. One of the key goals of The Dyslexia Foundation is to foster interactions among scientists from different disciplines, and in this way the organization hopes to pave the way for an increased understanding of this complex disorder.

More information about the Dyslexia Laboratory can be found at – www.dyslexialab.net

Your donation to TDF helps a variety of causes, supporting conferences and research projects around the globe...